The latest report from DappRadar showed that game dApps have become the lifeline of the blockchain industry. 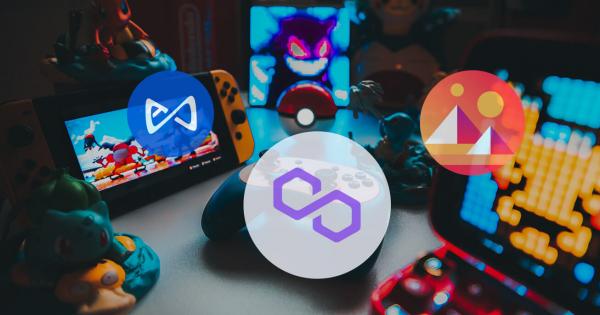 Over half of the blockchain industry’s overall activity in October came from game dApps. This is the conclusion made in DappRadar’s State of the Blockchain Game Sector October 2021 report, which analyzed activity and the number of users blockchain-based games saw last month.

According to the report, rising cryptocurrency prices and booming interest in the metaverse were responsible for the huge growth in the gaming industry, which saw over 2 million unique active wallets (UAW) per day on average.

The rise in popularity DeFi has seen in the past several months fades in comparison to blockchain games. According to the latest report from DappRadar, the number of unique active wallets (UAW) connected to games represents 55% of the blockchain industry’s total, keeping up the dominance that began in September.

And while the positive usage trend spread across almost all networks that offer games, it was Polygon that showed the biggest growth. The Layer-2 solution increased its UAW connected to games by 242% month-over-month (MoM), and by 982% when compared to August. With over 125,000 daily UAW, game transactions doubled in October when compared to last month, despite the number of DeFi associated transactions decreasing by almost 52%.

Most of this growth was fueled by Arc8, a mobile play-to-earn game launched by a subsidiary of Animoca Brands. The game showed that with the right projects using Polygon as their core infrastructure, the blockchain will soon stop being dependent on DeFi.

Another major finding from the report was that virtual world games like The Sandbox and Decentraland were gearing up to become true powerhouses of the game dApp ecosystem. Both of the games’ respective tokens tripled since Facebook announced its rebranding to Meta Platforms, despite a lack of significant activity growth on the platforms.

In all, virtual world dapps generated over $21.8 million in trading volume in October, up 31% on September numbers, the report found.

Get an edge on the cryptoasset market

Access more crypto insights and context in every article as a paid member of CryptoSlate Edge.